Alex Cuba calmly strums his guitar backstage at Stubb’s. His tour manager, Dennis, bustles around him. It’s almost time for Cuba and his two-man backing band to hit the indoor stage.

But before he does, I take a seat next to him on the low black couch. Austin is just one stop on his tour promoting the U.S. release of his second album, Agua del Pozo on his own label, Caracol Records.

The album is a compilation of smooth yet funky tracks—definitely not of the mainstream Pitbull-like Cuban beats.

“If you take a look at how Cuban music sounds before 1959,” the Artemisa, Cuba native Cuba says, “it’s very noticeable. It was simple arrangements, simple instrumentation.”

Cuba’s trademark ‘fro adds a good three inches above his intent eyes as he explains how he used this type of ‘simple’ style to find his voice once he moved to Canada in 1999. 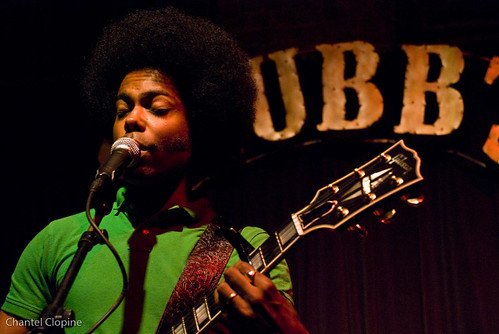 “It totally opened my eyes,” 34-year-old Cuba says, “because now all of a sudden I was in a country where most people don’t understand what I’m saying, so I needed to have a delivery simple enough. I love doing more with less.”

When Cuba got to Canada, he and his twin brother Adonis, released an album as The Puentes Brothers, 2001’s Morumba Cubana. When Alex struck out on his own, he adopted Cuba as a stage name and released his first solo album, Humo de Tobaco in 2004, winning him a Juno award for best world music album in 2006.

“We have what’s called Canadian Latin Music, and I guess I’m contributing to that,” Cuba says. “I’m one of those immigrants that never felt rigid about letting go where I come from. I haven’t been holding on to it in a way that doesn’t allow me to see what’s around me. I know where I come from and nothing will ever change that, but it’s time to open yourself up and see what’s going on the other side.”

Cuba now calls Smither, British Columbia home, but his music roots definitely run deep. His first public appearance was on national TV as a four-year-old playing claves in a group directed by his music instructor father, Valentin Puentes. ”My father is like a book of traditional Cuban music; he will play everything from Cuban music.”

At six, he picked up the guitar and discovered American music at age 11. “From there, something happened in my life. It was a mix between Cuban and American music.”

As Cuba settles into his style, he says he doesn’t reach out to his influences so much anymore. “It’s getting to be as I get to write more and more, it’s getting to be me always listening to the voice I created for myself.”

The voice he created for his music is centered around positivity. “I get a musical idea most of the time when I’m happy, when I’m thankful for life. And that’s when I enjoy going to my guitar and painting that picture.” 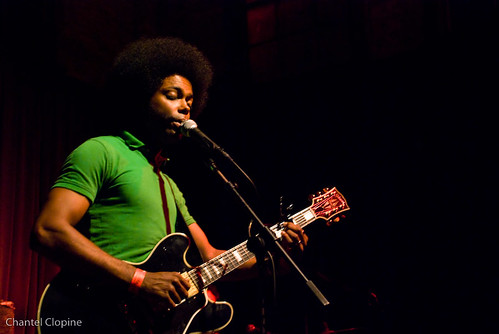 Cuba is getting ready to release his third self-titled album in the U.S. in early 2010: “I guess this album puts together what I’ve been creating and what I’ve been dreaming about for a long time. I think I totally arrived at a place where I know it’s me.”

Another natural progression that came out for the third album is Cuba’s first English track.

“I was in the studio already recording the album, and I started playing something on my guitar and all of a sudden I got an idea, and the first few words that came to mind were in English. So I said, ‘You know what? Let’s try this.’ It was a really enjoyable process and I realize it was given to me and I didn’t doubt it at all; I totally felt comfortable.”

He admits to still working through the challenges of getting used to the ease of singing in English, and that previous attempts didn’t pan out because he wasn’t ready.

“I’m glad because I think, ‘It’s about time,’” Cuba laughs. “I’ve been in Canada for 10 years, and I see other artists that are related to what I do, and I see many of them never try anything different out of their comfort zone. So I’m really happy that I was, ‘You know what? Let’s go that way.’”

Before Cuba unfurls his long legs and arms off the couch and heads onstage, he muses about his music and the message it sends to whoever listens.

“One thing I think that is written all over my music—and it’s something I won’t ever get tired of saying—is that ‘Life is beautiful.’ That is the rule I go by and even when you face what could be seen as a bad day, it’s just a decision for you to change your mind, and when you change your mind, then that bad day becomes a good day. Life is beautiful, no matter what.” 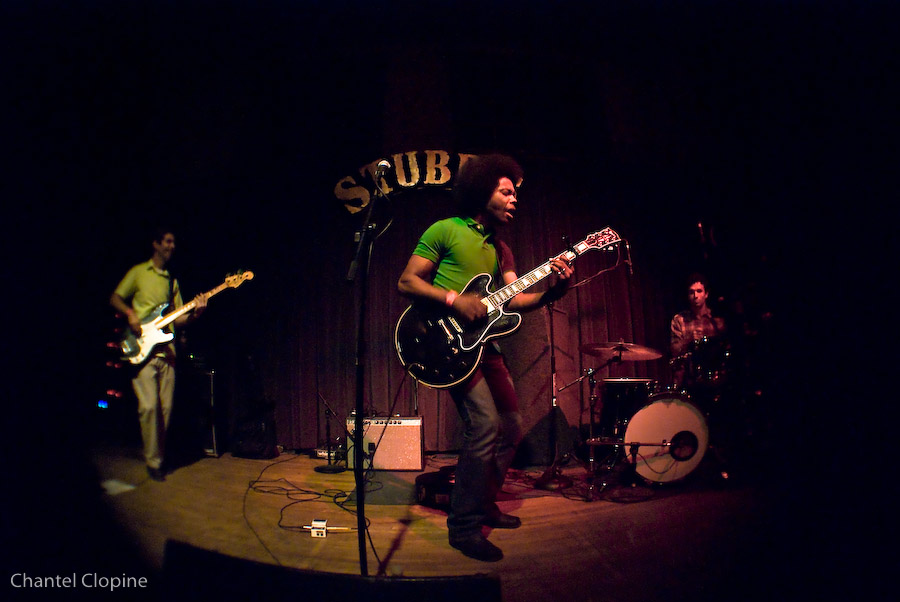 Senior Editor - Angela Maldonado hails from Selena Town, aka Corpus Christi, but has made Austin her home since 2002. Her background is in journalism and radio, formerly serving as a producer for NPRâ€™s Latino USA. In her stint with the show, she interviewed some awesome bands and had a nice chat with Joan Jett. In her previous life as a media gypsy, Angela wrangled huge inflatables on radio remotes, ran live broadcasts, promoted books and worked as an editorial assistant at the Austin American-Statesman.